On the Road Again! Returning to Running When Physical Therapy Ends 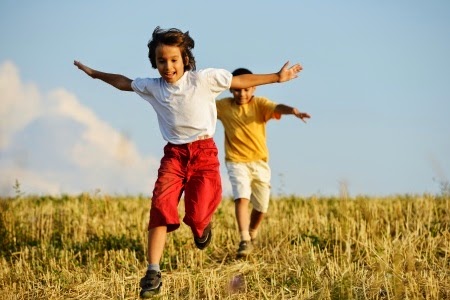 I'm happy to say that I completed my final physical therapy session this week and was officially discharged with the green light to resume training, albeit at a cautious pace. As mentioned in my last post, I was fortunate to learn that months of not running seems to have healed my initial injury. The pain I was still feeling came from soft tissue damage—the result of my hamstring healing with some knotty tightness. A handful of massage sessions followed by a home exercise regimen of hamstring curls, calf raises and gentle stretching of glutes and calves was all it took to eliminate my pain.

It's a little frustrating to think that I could have just done this on my own and saved many hundreds of dollars for PT, but it did relieve my concern that I may have had something more serious going on that would have either gotten worse with more running or possibly required surgery. There was also an unexpected perk of therapy, which was an in-depth running gait analysis.

My PT was a strong advocate of barefoot and minimalist running, which was important to me since that's the foundation of my running style. He had just invested in some nifty slow-motion camera equipment and offered to film me from all angles on a treadmill. How could I refuse?

After several minutes of running with him circling around me with a camera like my own private paparazzi, he played back the footage and gave me a bit of a shock. I was always proud of my running form and received nothing but compliments from my minimalist running instructors last year, but the camera caught a few issues I wouldn't have seen otherwise.

For starters, my right foot and leg (the side that was injured) looked fine—well aligned, good midfoot strike, landing under the knee, etc. My left foot and leg, on the other hand, were all levels of messed up. Although they felt very aligned to me while I ran, the slo-mo video showed I was swinging my left toes out to the side as I brought that leg forward. I was also landing with a very subtle heel-strike! It was barely even noticeable at regular speed, but my PT caught it and slowed down the footage to prove it to me. That really came as a surprise since I would have sworn I felt my forefoot come down first (for that matter, I was surprised my right foot landed midfoot, as I imaged it was all forefoot, but midfoot vs. forefoot is not a concern for me).

My arms were another issue. I always thought I had a comfortable swing with little motion and a relaxed grip, but my PT showed I held them out too far in front of me, which leads to excessive energy usage. He did point out that it could be a matter of preference and wasn't necessarily "wrong," but after I adjusted to his recommendations of keeping them further back I could easily see how that improved my posture and movement. It opened up my chest and made it much easier for me to stand upright with a straight back.

I put all these things into practice over the next couple weeks of running. As anyone who has worked on his or her gait will know, it takes a lot of mutitasking to remember it all. Arms back, toe straight, land midfoot, cadence up... As soon as you focus on one thing the others all seem to fall out of place. After enough repetition, however, it starts to become habitual and second-nature. By my last appointment, my PT said he could see a lot of improvement in all areas.

So while physical therapy may have cost me an arm and a leg, it did get me running with confidence again and hopefully guided me to some form improvements that will help prevent future injuries. I'm starting off small with only three 2-mile runs a week, but I have the go ahead to start increasing my distance and time at a reasonable pace.

It's been rough not running, but it's a huge sigh of relief to be back on my feet. I'm anxious to get back into some long runs, but even the short distances feel great. I've also learned a lot about strength training, which I hope to share in a future post.


Okay, my return to running wasn't quite this theatrical, but it felt that way in my head.