12/18/2013
No Comment
After 3 weeks of being unable to run more than half a mile without agonizing pain, I'm finally seeing progress!

I had a couple more visits with my miracle-working chiropractor and it looks like the tibiofibular theory has gone out the window. There was no improvement after his last treatment, and after poking around some more he concluded it was most likely an injury of my lateral patellar ligament, which connects the patellar (kneecap) to the tibia. 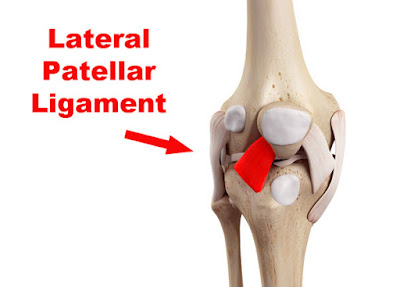 His diagnosis was fairly simple: he could give me another alignment to try to relieve tension on that tendon, but if it continues to hurt the way it does then I'm likely dealing with a sprain that just needs a long time to heal (big frown). He also recommended trying a Pro-Tec patellar knee band, which may help release tension on that tendon. This is commonly used to treat patellar tendonitis, or jumper's knee, by relieving strain on the patellar tendon and improving patellar tracking. He had one he could sell me for $15, and it was the exact same one I tried briefly when the pain first flared up. I shrugged and said "why not?"... and I'm glad I did.

Here's a quick video review someone made for this band:


The next day I tried my luck on a treadmill wearing the band, and I ran 2 whole miles without any pain whatsoever! I debated running more or running with the strap off, but I didn't want to push my luck so I just finished my workout on the elliptical like I had been doing.

That put me in a great mood, and no less than an hour later I had an appointment with another miracle-working chiropractor. Yes, I'm kind of cheating on my first chiropractor because I figured it wouldn't hurt to get a second opinion. This other doctor cured my chronic back pain several years ago. She does intense deep tissue massage that leaves me limping and bruised and I decided long ago I preferred a gentler approach. Times were becoming desperate, though, so I thought I'd give her method another shot.

After describing the pain to her, she quickly nodded her head and said "No problem. I've treated several of injuries in that spot—just did one this morning. We'll get you fixed up in no time." When I told her I was worried about missing the January marathon, she calmly said "Don't worry, you're not going to miss it."

She then fulfilled my expectations by giving me the most painful massage I ever could have imagined on and around my knee, followed by putting those suction cup electrodes around the point of pain where they pulsed an electric current that caused my leg muscles to twitch and relax. By the time I left, and for the rest of the day, I was indeed limping. The pain from her massage on my quads, calves and back of knee lingered for almost two days, and possibly hurt worse then the original injury (but in a good way).

So what was the result of this ordeal? On my next run, I did a full 5 miles on the treadmill pain free! I wore the patellar strap for 3 miles, then removed it for the last 2. This was the longest I've run in weeks.

The following weekend I was scheduled for a long run. The original plan had me set for a 16-miler that day, but I toned it down to 13.5 since I haven't pounded much out of my knees for a long time. Even that was a big jump from my elliptical training, so I took it slow and decided I would hop off and switch back to the elliptical the second I felt pain. I lasted 11 miles pain-free before removing the band. Sadly, I only went another half mile or so before the pain hit. It persisted even after I replaced the band and slowed to a walking pace to rest, so I stuck to my gut and finished the last two miles painlessly on the elliptical. My guess, as I understand it, is that once the pain hits and that tendon becomes inflamed, it needs time to cool off and heal before I can put stress on it again (this would explain why the band didn't work for me a few weeks ago when the injury was definitely inflamed).

So yes, I ran a half-marathon in a gym. Normally, that much time on a treadmill would numb my brain to the point where I want to jump out of the second story window of the gym, but I was so elated about being able to run so far that I didn't even care. 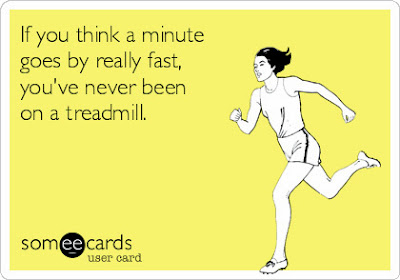 I've had a couple more ruthless massage treatments since then and bravely returned to running outside. I'm hesitant to run without the knee band for fear of the pain returning and leaving me stranded miles away from home, but I've slowly been pushing my limits. This morning, I took it off for the last full mile of a 9-mile run and had no problems. My hope is that the 13-miler was a fluke that pushed my body too far, or that the subsequent massage treatments did their trick.

Regardless, even if I have to wear the band during the marathon to keep the pain at bay then I'll be happy to do so. I don't consider my injury "cured" if I can't run without it, but it's given me hope for finishing the race in Hawaii and that's making my holiday season so much merrier.