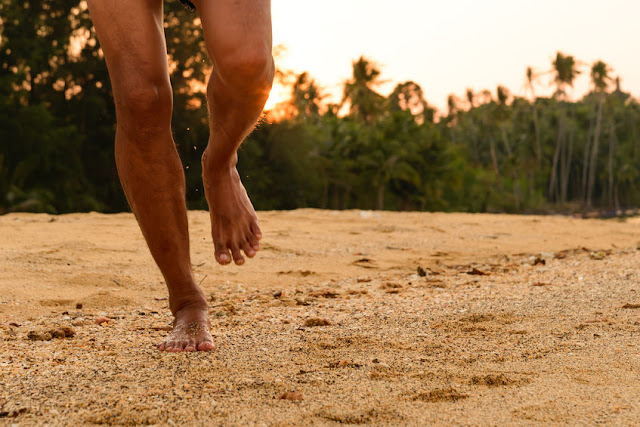 It's been a busy summer for me here in Oregon, and I'm sorry to say I haven't been updating my blog as much as I would have liked. There's a reason for that... I've been spending so much time bicycling, swimming and surfing that my running has taken a back seat in my priorities. I know, not a good situation since I want to keep improving my running and prepare for future races.

There's another reason, too: I'm a bit paranoid about my ITBS coming back. Every time I thought I kicked it, that familiar sharp pain on the side of my knee would eventually return whenever I tried to increase my distance past the 2-mile mark. That's very humbling, but also very frustrating, considering that 2 miles used to be my warm-up before a "real" run. I miss my long runs a lot, but it's very hard to keep holding on to hope that is consistently dashed.

Nonetheless, I'm not giving up... just spending more time doing activities that are both fun and good for crosstraining. I'm happy to say that my regimen of strength training exercises, along with dynamic stretching and massaging, seem to finally be doing the trick. I don't want to set myself up for another letdown so I'm keeping the mileage low for now. Fingers crossed...

But enough about that. This is a post about SAND. 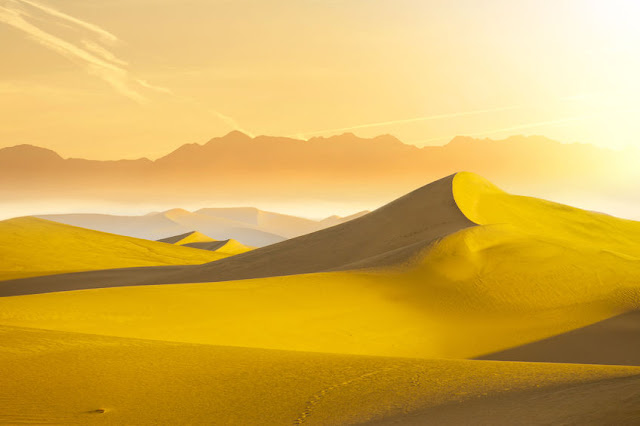 Way back in the early 2010s, when barefoot running was a new craze, I heard people say that running on a beach was a great way to examine your footstrike. It always seemed unnecessary to me because why on earth wouldn't you know how your foot was striking?

Well, as I've mentioned in past posts, I was shocked last year when a physical therapist examined my running form and told me I had a slight heel strike on my left foot only. I envisioned both of my feet landing forefoot and I would have sworn under oath that was the case. It was hard to believe, but he recorded footage of me on a treadmill and played it back in slow motion. Sure enough, it was my left heel that touched ground first (my right foot was a midfoot strike, which was okay, but still unexpected since I thought it was landing on forefoot, too). I was actually in position for a forefoot or midfoot strike the moment before touchdown, which may explain why I thought I landed that way, but at the last second my left heel came into place... every single time.

My PT also pointed out that while my right foot stayed straight and pointed forward as I ran, my left toes tended to swing out to the side. He said that wasn't a major concern, but would be nice to fix as it could lead to an alignment injury in the future.

The good news is that these issues were easy enough to fix. I simply had to focus on changing my foot's strike and orientation as I ran, occasionally looking down to make sure both of my feet were straight forward. I had to trick my brain a bit for the latter because it really felt like my left foot was pointed inward when it was actually straight—chalk ;it up to years of repetition and muscle memory. There were definitely a tendency to slide back into old habits, but I kept my mind at it and after two weeks the PT confirmed that I looked 100% better.

Which raises the question: how well do you know the pattern your feet take while you run? Are you sure you're landing on your forefoot or heel? I mean, are you really sure? And do you know you're not putting excess strain on your legs or hips because your'e off balance? I never would have guessed I was guilty of any of these if a running expert didn't tell me. Of course, I could have learned it all for free if I just took a barefoot run down a sandy beach.

Sand with the right consistency—not too dry and not too wet—will leave a near-perfect imprint of your feet as you dash across it. Backtrack to examine your tracks and here are three valuable insights they can reveal:

I recently found myself barefoot on one of Oregon's beautiful beaches while some friends showed me how to dig for clams. I suddenly realized what a perfect opportunity I had to experiment and decided to take advantage of it. I began running back and forth along the shoreline, testing to find the right balance of wetness for a good impression and intentionally changing my form, footstrike and speed to see what a difference it made. I'm pretty sure anyone watching thought I was insane, including my friends, but it was worth it. Once I found the right consistency for the sand I could see every nuance of my changes captured in the ground. Here are some photos I took: 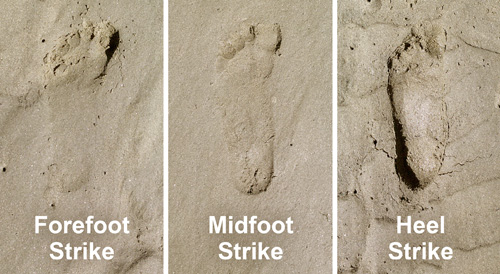 Now before you argue, I concede that yes, running on sand can have its drawbacks. If it's too dry, you sink into it and your form goes out of whack trying to stay light and smooth. Wet sand is certainly easier, but tilted at an angle next to the water's edge (if it was flat then it would be underwater). Running on a tilted surface for prolonged distances is a common cause for injuries related to alignment issues, with ITBS topping the list. But try it for a few short jaunts and it can tell you worlds about your form.

It reminded me of reading stories about expert trackers who can look at a muddled footprint and tell you immediately how heavy, tall, sick or old it's creator would have been. Fortunately, you don't need such intense survival skills to keep running injuries at bay—just a little common sense.