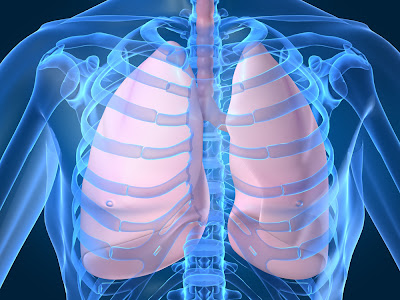 It's been fun, but the spring session of Minimalist Monday came to an end this week. Our last class focused on breathing.

This class took more of a lecture form, although we did get to work in a little running practice. Sanatan opened with a very basic lesson in biochemistry. After identifying our primary breathing muscle as the diaphram, we did some practice trying abdominal breathing versus chest breathing. Most runners already know that abdominal breathing is more effective, but we still tried both to bring awareness to all the other muscles that move and contract when we breathe, even in our necks. Then we got into what makes breathing effective.

We heard a story that is very familiar to most runners: someone was running at a good pace, nothing out of the ordinary, then suddenly began gasping for air. Even though there was plenty of oxygen moving into the lungs, it felt like none of it was getting in—like suffocation. Why? Because it isn't all about getting oxygen into the lungs, it's about getting it into the blood and therefore into muscles. Sanatan pointed out that even when we hold our breath there's still enough oxygen in our blood to keep our muscles moving, at least for a few minutes. Delivering a healthy amount of oxygen into our blood is the challenge, and that is dependent on our blood's acidity, or pH balance. And that pH balance is determined by our blood's carbon dioxide concentration. 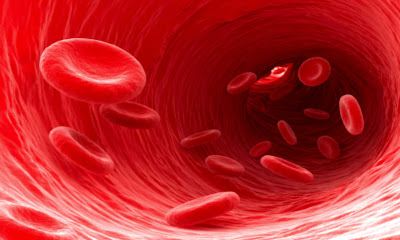 Fortunately, it is very easy to change that CO2 and pH balance, and it changes quickly as we breathe. The trick isn't to breathe more, but to breathe less. We didn't get too deep into the biochemical reasons for all this, but the practicality of it was clear: overbreathing delivers less oxygen to our muscles while panicking us by telling our brain we need more. That can make us breathe faster and faster until we eventually pass out (then our body calms down, breathes normally and we wake up feeling great).

Breathing less, but not too little, is the antidote. By pacing our breathing properly, our blood takes in more oxygen, our muscles get what they need and our brain chills out. Unfortunately, it's hard to prescribe the best pace to breathe because there is no one pattern that is universally good for all runners. But as one of the rules of Minimalist Mondays is to run in your own footsteps, it's up to us to find the pattern that works best for each of us individually.

Sanatan did teach us one breathing pattern that he found works well for him and has greatly improved the efficiency of his running. It's called the 3-2-4 technique and goes like this:

We practiced this as a group standing in a circle, which was very easy. Then we practiced it running around the park, which was harder amid other distractions. After a couple laps, though, it began to feel more habitual. Sanatan also advised us to try savoring the exhale by letting it out slowly and keeping a little air at the end instead of pushing it all out. 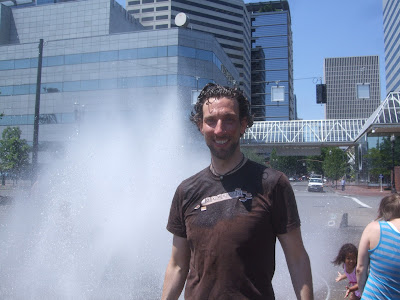 It was a hot day, so I shoved my head in the fountain on one of the laps.

I tried this breathing pattern on my trail runs throughout the week and I think it made a big difference. My initial impulse told me I needed to breathe harder and pull in more air, but I concluded that was all in my imagination. It was the brief part of holding the breathe that was unusual for me, and it was weird to realize that my body was doing just fine without expanding my lungs as far as I usually do. Even on the intense uphill parts of my run I still felt nourished... and conscious.

Well, that was almost it for the Minimalist Monday, although we concluded the workshop on the following Sunday with a relay run across Portland. We ran from Tabor to Council Hill Crest, almost 10 miles. I took on the last 5k leg, mostly uphill. Aside from getting terribly lost and adding a couple miles to the course, I had a lot of fun. Technically, I guess that counted as the Week 12 class.

If you happen to live near the Portland area and are interested in taking this wonderful free running workshop, I encourage you to check out the Minimalist Monday website for recaps of previous classes and details about the next series.