What the Heck Happened at the 2015 Caballo Blanco Ultramarathon? 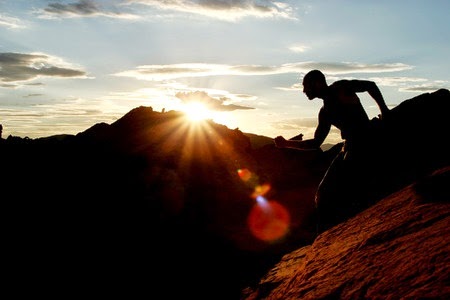 I know, this post is a bit late to be breaking news, but I still think it's worth discussing.

In collaboration with author Christopher McDougall, True managed to scrape together a handful of notable ultrarunners to race with the secluded Raramuri tribe on their own turf. This gentle and reclusive race, known by outsiders as the Tarahumara, consists of apparent super-athletes with the ability to run extremely long distances in times that would put many sponsored ultrarunners to shame (and they do it in very skinny sandals after long nights of heavy drinking).

McDougall wrote about the race in his book Born to Run, which became an international bestseller and is credited with sparking the minimalist/barefoot running movement that began in 2009. Since that time, the race has become internationally famous with hundreds of contenders traveling to the small town of Urique each year to run.

The Raramuri are commonly called the "running people," and for good reason. They managed avoided the dangers of genocide, war and—newly added—drug cartels that wiped out so many other indigenous Mexican tribes over the past few centuries by one simple tactic: running. Hidden deep in the labyrinth-like Copper Canyons, they ran and stayed hidden from outside threats and somehow found a way to survive and sustain a very peaceful society.

Michah True, who sadly passed away in 2012, was one of the few outsiders who mingled among the Raramuri without disrupting their culture. The success of the ultramarathon was his dream come true: it allowed westerners and other outsiders to interact with the Raramuri people on their own land in a respectful way. The race also supported their community, as the winning prize is 500 pounds of corn (if an outsider wins, it is customarily donated to the Raramuri people).

In a nutshell, this ultra literally brought the Raramuri out of their caves and provided them with a peaceful event and celebration that allowed them to bond with people from around the globe.

Until this year, that is.

For the first time since it's inception, the Caballo Blanco Ultramarthon was cancelled by local authorities. This announcement came after brutal crimes, believed to be drug-related, were committed near the race route shortly before start time. Two police officers were found murdered and a police chief was, and still is—at the time of writing—reported missing.

All the runners were immediately evacuated and reported safe, although a small group disregarded the warnings of the local authorities and stayed behind to run a shorter 40k race on their own.

Two main points come to mind when I read this.

First, it's incredibly tragic. Maybe it doesn't compare on the gruesome scale to other cartel-related crimes happening in Mexico, but the fact that these events infringed on the peaceful Raramuri land is simply heartbreaking. They are a quiet people who came out of their comfort zone to host an event celebrating freedom, trust and kinship with hundreds of traveling visitors. And then this happens.

Yeah, you read that right... a success. I can't speak for everyone who was there, but I know a handful of runners who made the trek down this year and they all say the same thing: it was never about the race.


Yes, the ultra is the big spectacle, and most of the visitors wouldn't have come down without it, but the race is preceded by several days of celebration, rituals, sharing meals, telling stories, a children's race and, well, basically interacting with other travelers and the Raramuri people. With or without the ultra, it's a peaceful time to meet people from other cultures and share experiences. And that's exactly what happened.

Our Friend Micah, Caballo Blanco, started a most special thing here in this place of amazing beauty. He had an idea for a race, but the race was of course really only a means to bring us all together. So we come together, people of different countries and cultures, people of great passion and people of peace, so that we may celebrate Running Free and come to better know our Brothers and Sisters that run these special trails here in the Barrancas.

Coming together as one—as Kuria Ba’… and Running Free is what represents our heart and what is important—not running a race.

Not running a race.

Norawas De Raramuri, as a key supporter of the Ultra Marathon, and in consideration that there are activities in the outer areas of the race course that may intrude on this message of Running Free and Peace, has asked the Directors of the Ultra Marathon to cancel the race portion of this week’s events and they have agreed. While disappointed that we will not share these trails with one another tomorrow we take great joy in another year of coming together as one in Friendship to share our passion and love of one another and Running. We will soon return to this special place. Thank you on behalf of Norawas De Raramuri."

I have to admit, at the cost of being seen as narrow-minded and superficial, this came as a surprise to me, You have to be a hard-core runner to enter a 50-mile race across a hot desert. To plan the time and pay the expenses to get down there only to find the race cancelled... well, I'd expect that to leave a lot of people pissed off and ranting of failure. Instead, I keep hearing sentiments of gratitude from everyone who was sent home early. Here's what my friend Mikko in Finland said when I asked about his experience there:

This event is about peace and solidarity towards the Rarámuri. It's not a race. Although running and racing would've been involved, it still should not be the reason why people participate."


Call me sentimental, but I found this response to be a very heartfelt and sobering. I would even compare it to that moment when the Grinch thought he ruined Christmas by stealing all the decorations and presents, only to find that the Whos in Whoville weren't the least dismayed by the loss of their material goods.

That isn't to say everyone is cozy with what happened. There is definitely a deep sense of remorse in the air... as well as concern regarding the future of the race. It's success over the past nine years has led to the development of more roads and improved means of transportation leading to this remote, peaceful village. While that has made the journey easier for friendly visitors, it has also done so for the drug cartels that are plaguing the rest of Mexico with violence. What that means for the future and safety of the Caballo Blanco Ultra remains to be seen.

I've always hoped to be part of the ultra someday, and I still do, but I'm taking this as a big lesson that there is so much more to it than just a race.

I also encourage you to ready my interview with Tom Norwood of Luna Sandals (posted on the Soft Star Shoes blog), in which he describes his experiences at the 2013 Caballo Blanco Ultra. He describes very well what the event is really about.